Why Catholics don’t believe in the Eucharist and other sacraments

People are wringing their hands over why the majority of Catholics don’t believe in the Eucharist. They blame Communion on the hand. They blame poor catechesis.  They blame people who want the married priesthood restored. (Isn’t that tradition?)

I am about to have surgery I cannot type well but I still feel obliged to post this.  So forgive the roughness.

Take a teen who has been abused by his adopted uncle, a prominent man in the community.  How much does that teen trust ANYTHING that man has to say? Then he finds out more members of the extended family are in on the abuse, or, perhaps worse, KNEW about the abuse but just looked the other way.  He was told if he complained, he would make the family look bad and nobody would want to join them.  More importantly, the uncle and the other family abusers were rich pharmacists and doctors and the only ones who could treat the familial disorder. They had a special patented compound that only he could make and handle and sell.  If he said anything, he could die from not having it.   But he settled for leaving to try a lesser treatment to get away from the deceit and lies and narcissistic abuse.

I think it is the abuse and the not-so-secret double lives of clerics (and wealthier laity) which makes people doubt that the Eucharist is the true Body and Blood of Christ and doubt that Confession is something necessary.   Much of these double lives took place well before Vatican II. People have known for decades about it but were powerless to do anything. Look up St. Joseph Calasanz or St. Peter Damien.  There is the double life of Judas as well.  Which apostle didn’t know he was up to no good? Read Joseph Sciambra’s modern attempts at dealing with bishops on sexuality teachings. Their manipulation makes it all seem like smoke and mirrors and makes the teachings about the Eucharist and the other sacraments a means of twisted control by dishonest men. They make the sacraments impossible instead of the means of grace. We just lost a priest who was soliciting 18 year old men on Grindr and had previously had an affair with a woman. How did THAT help Catholics in their faith? How can we trust he kept the seal of the Confessional? He was clearly lying to begin with.

I had another priest who openly mocked a dying woman in his homily because she didn’t trust him because of his awful behavior to her and had broken the seal of the Confessional. He also started speaking out in favor of homosexuals being married, which clearly goes against Church teaching.  (The bishop did nothing.) It is awful.

Here is what I posted in a Catholic discussion group. I was told I was impolite.

You didn’t address anything I actually said. I found that very impolite. I said priests who had strong relationships with family were the ones I can trust. This is exactly what I am talking about. People bring up the true problem and then we are accused of being impolite. As if being a good Catholic means having nice manners. The narcissism of the priests I have known has been horrible and caused many to leave. That is the truth. Read BishopAccountability and the sworn testimonies of the abused. My uncle left Spring Hill seminary in the 60s because they were having gay orgies there on a regular basis. I lost a priest who told the bishop our pastor was buying homosexual porn via mail order. This same pastor regularly preached heresy. He got a cushy retirement and the priest who told the bishop was forced into seclusion with no source of income. He had also found out a priest was having an open affair with a married women. The whistleblower was made the scapegoat, not the actual perpetrators. We were told as a parish that Father James Haley was the problem, that he was rude, not Father Daniel Hamilton. How do I explain that to my kids? Our former pastor from 8 years ago here told many people horrid manipulating things behind closed doors and when the bishop was told, he did nothing. This pastor also accused people of being rude. This is reality. There is nothing polite about what has been done and continues to be done. How many times the victims were told they were being rude by not wanting to be alone with these men (and women). If you are a silent observer, go read how Joseph Sciambra has struggled for years to get bishops to address these problems and to no avail. Look at how Mother Angelica tried to do so with EWTN. She was frequently accused of being rude for speaking the truth.

Celibacy has long been a front for homosexuality or a hiding place for men with women and children issues. We refuse to acknowledge it or do anything about it.

There was a reason Jesus chose widowers and married men. The best priests I have had have been widowers or married men, or they are celibate priests who have a strong relationship with their own families–we see their family.  They talk about them. Their wives and children were the reason they were so good in their priesthoods, as they had proven to have matured through those responsibilities. They were called elders for a reason.  If you can’t trust a priest, how can you trust any of the teachings? That is the problem. Has little to do with TLM or Novus Ordo as such.

If you want people to believe, have the entire hierarchy repent, sell all their riches  and give the money to the poor.  Make a vow of poverty a requirement. And if they are frauds using the priesthood for their own selfish desires, remove them at once. 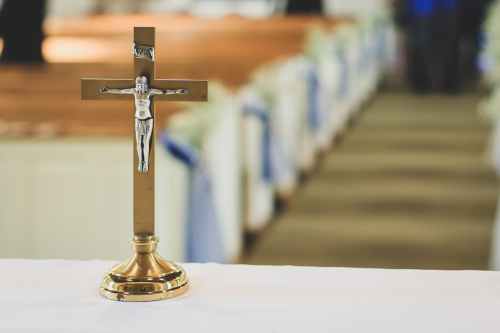 Photo by Michael Morse on Pexels.com

This entry was posted in Uncategorized. Bookmark the permalink.