Can we talk about *Facts* and guns?

Until the last 48 hours, I considered myself a “moderate” on gun control.  I believe in “turning the other cheek,” etc., though realize sometimes physical self defense is necessary.
Let’s set aside the theories a second and talk numbers;
https://www.theguardian.com/news/datablog/2011/jan/10/gun-crime-us-state

I’ve heard so many conflicting claims from both “sides” about gun laws, “gun violence,” where murder is worse, etc., and so I took some time to study the actual numbers for myself.

Accidental causes are about 1.5% of gun deaths.

The vast majority are suicides.  Looking at the suicide rate (above), it seems to correlate more to being lower in states with more cities and thus more mental health facilities.

Overall, the US suicide rate is in the lower-middle range worldwide.  Most states’ rates are about equal.  So while guns are the preferred means in states with more guns, those in states with stricter gun laws choose other methods.

So this idea that people are going around killing each other simply because guns are available is not supported by the facts.

“Blame the drugs.” “Blame the parents.” “Lock up everyone with mental illness.”

Madman commits an act of violence. People blame a) “mental illness” (or the specific “condition”); b) “psychotropic drugs”; c) “the parents”; etc. Let’s look at the real process:
1) Mental health is largely genetic. People self-medicate with drugs or alcohol, have kids, the kids either grow up with the addict parents or go to foster homes or adoption, then we blame “the parents” or “the foster system” or “adoption,” when so many others in the same situations do not end up as bad. If we look at the parents’ behavior, they’re dealing with the same basic mental DNA as the kid. Certainly, environment plays a major role, but we’ll get back to that.
2) Boys are more often put on stimulant ADHD meds than girls. These meds trigger dopamine. They’re between caffeine and cocaine in the degree to which they stimulate dopamine and endorphins. People speak of marijuana as a “Gateway drug,” and maybe it is, but for the past few generations, Ritalin and Adderall have been the biggest gateway drugs of them all. In my experience as a parent and a teacher, I’ve seen a few students and adults who were helped by these meds. I’ve seen very few who were helped on them without finding it made them angry. I had a college student once who told me he took Adderrall all week, stopped it on the weekends and slept to keep it from driving him insane.
3) A major problem in mental healthcare is the process. They start with largely outmoded Freudian analysis (refer back to 1). Then they try drugs. And they try the drugs in a trial and error fashion. Only under certain circumstances, and/or with much insistence, do psychiatrists and developmental pediatricians normally do actual medical tests on their patients. It’s “Oh, you exhibit this set of behaviors? Let’s try [Ritalin/Prozac/Xanax]….That didn’t work? How about [….]”
Just as a heart med that will help someone with one kind of heart condition may kill someone with another, or the med has a “side effect” of doing to other autonomous systems what it does to the heart, so too the wrong mental health drug can cause either other disorders by its side effects or have an adverse effect if it’s the wrong condition. Put someone with bipolar on an antidepressant, and they get manic.
Put someone on an anti-epileptic who doesn’t have the correct kind of neurological problem(s), and they develop epilepsy.
That doesn’t mean all psych drugs are bad for everyone, but they’re overprescribed and misprescribed. 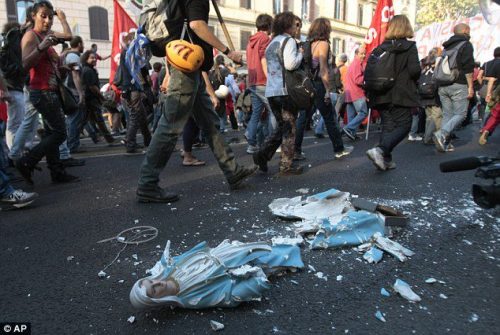 The Aiken Community Playhouse Youth Wing is putting on Kate Hamill‘s award winning, 2016, off-Broadway adaptation of Jane Austen’s Sense and Sensibility.  From their website, the showings are:

Now, it should be noted in the interest of both journalistic ethics and apparently federal law, my daughter is in the play and I got to see the dress rehearsal for free because of that.
That said, I really did think it was fantastic, and I strongly recommend it.  I considered trying to do the whole “Snarly Judge who everyone loves to despise” thing, as Mr. Lunt puts it,  and try the whole reverse psychology thing, but I really did like it too much to say anything bad.
One of the marks of professionalism in a performance is the ability to go with the flow when things go wrong, and these kids did great.  I got so wrapped up in it I kept forgetting two things: a) that it was a dress rehearsal (in fact, we previously had free tickets to ACP’s adult dress rehearsal of Beauty and the Beast, and that was so good I forgot it was a dress rehearsal) and b) my daughter was in it.  I barely recognized her.
A basic rule of performance is the ability to go with the flow if something goes wrong.
I kept telling my daughter about William Shatner’s “big break” as Christopher Plummer’s understudy in a Toronto production of Henry V.  On the night when the critics wrote their reviews, Plummer was ill and Shatner took his place.  He kept forgetting his lines, but his pauses to remember them were so dramatically effective the critics loved him.
So these kids were consummate professionals: I noticed a couple times where one of them would stammer, and it fit so well with the story it was either really good acting because they stammered intentionally or really good acting because they actually stammered with good timing.
The only other mistake I noticed was a feedback problem near the ending, and it happened when a character was in angst, so again, it was impressive that the young actors just kept going with the scene.
There were some interesting choices for the incidental music, some of which was at times a bit too anachronistic, but it was emotionally effective nonetheless, and had me listening to the Piano Guys‘ eponymous album on repeat for two hours after the show.
Between the superb acting, the effective dramatization of Austen’s classic, and the music, with the added impact of my daughter’s debut (almost 11 years to the day after her unofficial stage debut as a volunteer audience participant in a dinner theater), I spent the next hour after the show in pure Joy/Sennsucht.

The play was so good that I’d go back even if my daughter wasn’t in it.

As for my daughter, Alexandra Hathaway, in the role of Mrs. Dashwood, she has a tendency to be a bit too fast in her delivery, but in this case it was like the opposite of William Shatner’s King Henry.  They all had to speak quickly to deliver the extensive dialogue, and she came off very effectively as a frazzled and desperate widow.  Like Estelle Getty in Golden Girls, she was one of the younger members of the cast, but a little make-up added to her Marfanoid physique, and her eldest sibling “Little Mother”/babysitting skills made her extremely convincing as a 40 year old mother.

10 years ago, she couldn’t see. Now, she has lens implants that give her vision like her mother’s. 10 years ago, her aorta “enlarged.” It stopped growing and even shrank a bit, such that her cardiologist calls her the “miracle girl.” She is in constant pain from ankles that sublux all the time, yet she’s enduring the pain to do this. Whether this is the first step in an illustrious career in theater or valuable experience that will help her in a future path, we are impressed at what she has accomplished, and she deserves accolades and lots of ticket sales, and Aiken Community Playhouse deserves a lot of ticket sales for giving her this well-earned opportunity.

“Will you be traveling with your disability?”

I may not start packing until the night before, but, mentally, I am laying out what will go into the suitcase weeks before a trip. Its a hassle to have to use up vacation time to go buy something you forgot. But there is one thing I am never going to leave without, and that’s the stress of traveling with a disability.

My grandmother’s 90th birthday brought me to Ohio last week. Despite the trip falling in the center of winter, I enjoyed every moment of sharing meals with family, surprising grandma, and trading jovial jabs with my cousins.

The flight home concluded with a damaged wheelchair and advocating with people who did not really understand where I was coming from.

The stress creeps its way in the moment I open the web browser to search for airfare. Not only am I searching for a good deal…