I’ve wanted to do something like this for a long time.  I often imagine the characters being dubbed by lines from their other famous roles, or else see the Transformers talking when I hear them in other shows or movies, between  live action stars (e.g., Robert Stack of Unsolved Mysteries, Lionel Stander of Hart to Hart, Judd Nelson of Breakfast Club, Orson Wells of Citizen Kane, Leonard Nimoy of Star Trek) or the prolific and easily recognized voice actors like Frank Welker (always Fred on Scooby-Doo  and Scooby himself since the death of Don Messick), Peter Cullen (Eeyore and many other Disney roles, not to mention TF’s direct competitors Gobots and Voltron), Scatman Crothers (Hong Kong Phooey), Casey Kasem (Shaggy), Susan Blu (the caller on Magic School Bus and many other roles) etc.  If I had the time to waste, I’d redub the movie, but here instead are some clips with quotes or paraphrases as captions). 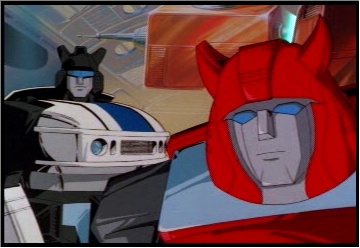 “Thanks for rememberin’ me!”

“Perhaps *you* can help stop a Decepticon!”

“Hello? Is this the Magic School Bus?  I  don’t think this episode is very accurate.”

“From days of long ago, from uncharted regions of the universe, comes a legend: the legend of Voltron, Defender of the Universe!”

“Does Barry Manilow know you raid his wardrobe?”

“I have been, and always shall be, your enemy!  Live long and prosper, not!” 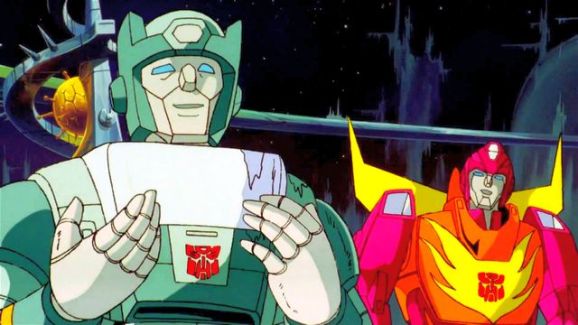 Kup: “This is my Boss, Rodimus Prime: Self-Made Autobot Leader.  He’s quite a guy!”

I *am* guilty of this Man’s Blood.

“Blood that but one drop of/ has the worth to win/all the world forgiveness/of its world of sin” (Gerard Manley Hopkins, after St Thomas Aquinas).

It is a great disgrace that one of the most important verses in the Passion narrative has been distorted into a statement of hate such that to even quote it is considered hate speech.
Unless we accept Christ’s self-offering, we have no place in His kingdom (Jn 13:8).  Pilate, by professing his innocence, proclaims his own guilt.  The people, by accepting the guilt for Christ’s death, and accepting His blood, are actually accepting their own redemption.

When the people say “Let us blood be upon us and upon our children,” that means all of us.  Unless we accept our guilt for Christ’s death, and not only accept His blood offered for our sins upon us but into us through the Sacrament, we can have no life in us (Jn 6:53).
This is something to consider when public figures profess their alleged Christianity by saying they have never told God they were sorry.