Pope Francis: If you don’t Profess Jesus Christ, You Profess the Devil

—Pope Francis, in his first homily, 3/14/2013
Fr. Wade mentioned this in his EWTN homily today, and it struck me as an interesting jab at the contemporary “Interfaith” movement, as well as contrasting some of the other quotations from our new Holy Father that have made bigger headlines (i.e., his needlessly “controversial” statement that some atheists might make it to Heaven based upon their personal consciences).

Pope Francis’s recent addition to the Roman Canon, adding the name of St. Joseph to Eucharistic Prayers 2-4, demonstrates how the changes to the liturgy *after* Vatican II were not what Bl. John XXIII intended.  The reason the “traditional” Missal is the 1962 Missal is that the very first change of Vatican II was the addition fo St. Joseph’s name to the Canon to begin with, the first change to the Canon since Trent.  Then, as the liturgy written by Rembert Weakland & co. came about, it cut various specific names of Saints from the liturgy (i.e., in the Confiteor) to *downplay* saints.  This, while it’s going to rankle some feathers over the “need” to re-translate and re-publish, is a step in the right direction.

“Do not do anything which you cannot offer to God at the end of the day.”–St. John Mary Vianney

Feast of St. Elisha, spiritual co-founder of the Carmelite Order

Today is the feast of Holy Father Elisha (Eliseus in the old transliteration).  Here is the spiritual founding of the Carmelite Order, and of Judeo-Christian monasticism (2 Kings 2:1-15):

An Admirable Apology from Mark Shea

And one that I have to say I identify with.

It works this way:

If I am arguing with somebody who seems to me to merely be in intellectual error (like somebody getting their sums wrong or having an honestly mistake idea) I will treat that one with respect. But when I feel as though I am engaged with somebody who is wilfully refusing to get the point, I will generally reach a point where I decide “Okay, you refuse to listen honestly or reply honestly, so I will henceforth respond to you only for the sake of those third party bystanders watching the conversation who will listen. You have just been reduced to a Thing: a means to the end of talking to them.”

In addition, my attitude toward Public Figures is much the same. I tend not to see them as human beings, but as sort of semi-fictional characters. People who don’t fully exist but who are In the News and therefore symbols or representatives of ideas.

The upshot is this: Irony of ironies, a friend asked me today if I had contacted Lila Rose. I said that I had contacted her organization–recently. He said, “Why didn’t you contact her at the start of the contretemps?” I had no answer. It had never occurred to me. Those familiar with the history of the controversy will recall that when it erupted, I basically was of the school that saw no big issue and said pretty much what most LA defenders say. It wasn’t till various readers, Dawn Eden among them, challenged me and I could not find a way to argue with them that I changed me mind. Honest, you can go back to the Register blog archives and watch the progression of my change of mind in February 2011. Anyway, as the conversation moved along, I was basically thinking on the fly and in public and as opposition to the change of mind increased, it never occurred to me to contact Lila Rose because, well, my argument was primarily with people talking about her and she was a public figure acting publicly like, say, a movie star or politician or philanthopist in the headlines. And so, instead of doing what Matthew 18 says and going privately and speaking in love, I simply treated her as though she wasn’t so much a person as a thing–a Figure in the Headlines and therefore a means to an end wherein I made some points about things I wanted to say to third parties I wanted to convince.

If you are noticing a certain irony (the more accurate term is “sinful hypocrisy”) in that, so have I. Because it has been right at the heart of my complaint about Live Action’s tactics. Physician, heal thyself.

If there is no Biblical evidence for Saints, Limbo or Purgatory

Then why does Revelation 20:13 refer to “Death and Hades” as two separate entities?
And why does it speak of martyrs and those who never accepted the “Mark of the Beast” going straight to Heaven while the other dead have to wait?

Get thee to a Confessional 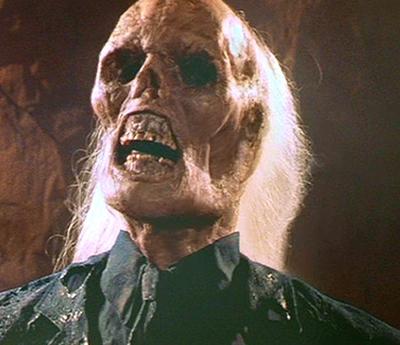 “Therefore whosoever shall eat this bread, or drink the chalice of the Lord unworthily, shall be guilty of the body and of the blood of the Lord.” (1 Cor 11:27)

On this feast of Corpus Christi, we should do penance for all the sacrilegious communions that take place, particularly in this country, my own included.  Every Catholic should *at least* go to Confession once a month (the concept of “obligation to go once a year” is based upon the Easter Communion obligation, and the presumption that reception of Communion is preceded by Confession, particularly from those who’ve been away).  As Mother Angelica would say, we take baths or showers every day, even if we’re not that dirty. It’s just spiritual hygiene, and I daresay most of us commit at least one mortal sin per month (I know I do).  So please get thee to the Confessional, and make a frequent habit of it–even the Pope goes every week.

“Unless you change and become as little children, you shall not enter the Kingdom of Heaven.” (Matthew 18:3)

Think yourself free from sin?

If we say, “We are without sin,” we deceive ourselves, and the truth is not in us. If we acknowledge our sins, he is faithful and just and will forgive our sins and cleanse us from every wrongdoing. If we say, “We have not sinned,” we make him a liar, and his word is not in us. (1 John 1:8-10)

And since there’s a Plenary Indulgence attached to studying the Catechism of the Catholic Church this year, a good place to start would be the section on the Commandments.