I’m not talking about some science fiction story here.

Most adults have probably had some “brush with death” in their life by the time they reach their 30s, whether it’s a diagnosis–or possible diagnosis–of a life threatening illness, an accident, or whatever.  Even just contemplating the death of someone we know puts us in touch with our own mortality.

There are several approaches to the idea of impending death:

What few people have to deal with is the constant awareness that, not only are they mortal, but there’s a relatively high probability they could die today.  And don’t tell me, “You could be hit by a bus.”  I get sick of hearing that response (or words to that effect).

If a person says, “Oh, no!  What if I get hit by a bus?” all the tiem, that’s generally considered being paranoid and/or phobic.

It is not paranoid and/or phobic for a Marfan, especially a post-operative Marfan with a St. Jude valve, a daily dose of Warfarin (aka Rat Poison), a brain aneurysm, and a thoracic aortic aneurysm to think, “What if I die today?”  Especially when one hears of middle-aged Marfans whose aortas dissect simply from the strain of coughing.

Today, I learned of a 16 year old girl who died of Marfan syndrome on October 9.  Her name was Madison Beaudroux.  She told her sister, “I feel like I’m going to pass out.”  She did, and those were her last words.

Every day, there’s some point where I feel like I’m going to pass out, and I often think at those moments, “What if I’m dying?”

Sometimes, I just get in so much pain that I don’t quite “pass out” or fall asleep, but I just kind of hunch over and close my eyes and stay perfectly still.  I think, “What if I die like this?” or, more precisely, “If I had just died, would anyone have noticed?”

Every day, I consider each of those above options to some degree or another.  Usually one or another predominates the others, depending upon my mood, circumstances, etc.

Every time I get up to do something mildly strenuous, I stop and think, “What if this is the strain that pushes me over the edge?  Will this be worth it?”

What of my duties to this family God has given me?  Is it better to push myself to the limits for them and die or to hold back and be there for them?   Would I not be of more use to them as a saint in Heaven than as a cripple here on earth?
What of my duties to this body God has given me?  Is it merely a mere “coil” to be “shuffled off”?  Is it essentially a burden to be relieved from or a treasure to be protected? How to walk that line?

What of the sins I commit in thought and deed and ommission because of the strain my constant pain and fatigue put on my conscience?  Are the pain and fatigue merely the devil pressuring me to sin?  Will God show me mercy if I can’t get to Confession in time to once again confess the same bad habits and mindsets I fall back into over and over?  What if I’m not detached enough?  What if I’m just excusing myself?

Have mercy on us, and on the whole world.

Posted in death, Have a Heart, Marfan syndrome Robert Johnson, a legendary blues singer who died before his time, is another of the most credible “historical Marfan” diagnoses.

According to this site, he had long arms, legs and figures; hyperflexibility; lazy eye and “cataract”; and died a sudden death in a manner often described with aortic dissection.

Could people PLEASE stop saying that Benedict’s reign was “short”?

Since Pope Benedict XVI announced his retirement a month or so ago, a common meme from both his supporters and critics has been how “short” his papacy was, given that we’re used to the relatively long reigns we’ve seen in the past two centuries. After St. Peter himself, the longest reigning popes are, in order, Blessed Pius IX, Blessed John Paul II, and Leo XIII. Pius X (11 years), Pius XI (17 years), Pius XII (19 years) and Paul VI (15 years), all stuck around a while. So, yes, since the fall of the Papal States and the First Vatican Council, B16 has had the third or fourth shortest reign after John Paul I and Bl. John XXIII, and is (by approximate years) tied with Benedict XV (interestingly fitting).

So, seen from *that* perspective, it’s been on the long side.

Club or Cartel? Friends or Fiends? You Decide

Back in the 1980s, a popular culture phenomenon showed the dark underbelly of capitalism. Undernearth a shallow facade of big hair and shoulder pads, and amidst distractions about love affairs, family strife and divorce, it told the story of a ruthless cartel bent on crushing any and all competition, even amidst the members’ own internal rivalries.

The members of this cartel may have been all charm and sweetness in public, but they were secretly going around breaking legs and blackmailing to crush their enemies, and it’s far time someone exposed their nefarious schemes.

No, I’m not talking about these people 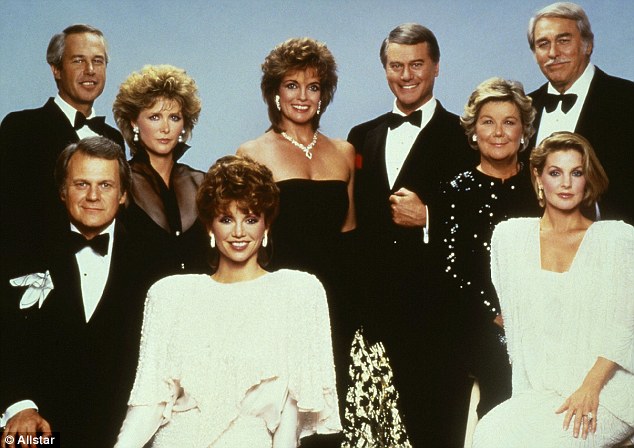 I’m talking about these people:

The problem I have with Cardinal O’Malley: Ted Kennedy

There is a lot of buzz about Sean Cardinal O’Malley, OFM Cap, who is apparently a popular choice in European circles as the next pope. O’Malley has a lot of strong points: expertise with new media, “JPII bishop,” ecumenical background, international experience/multilingual, reputation as an authentic reformer in terms of the scandal. I’m not sure about his reputation among traditionalists, except that he did perform a Confirmation according to the extraordinary form a few years ago. However, when, now more than ever, we need a Holy Father to stand against the worldwide conspiracy against life, O’Malley is not that man.

It’s bad enough he engaged in the public funeral and insta-canonization of Ted Kennedy, he even defended it on his blog.

Now, let me be absolutely clear: whether Kennedy deserved a Catholic funeral is between him and his confessor. Whether Kennedy is forgiven for his sins is between him and God. However, there is a big difference between being a personal sinner and a public heretic. There is a big difference between private sin and public scandal. This is an age-old principle of Catholicism that has been all-but abandoned since Vatican II.

In the comments on O’Malley’s blog, we see a lot of references to forgiveness–often from people whose context otherwise indicates they don’t think Kennedy needed forgiveness. This is not about forgiveness but about teaching. I certainly hope God has forgiven Ted Kennedy, because that means I have a chance. That’s not my issue.

Another common comment from Kennedy’s defenders is that we shouldn’t mix religion and politics. However, they’re just as quick to say that Kennedy’s “other political positions” show him to be a great Catholic.

Another defense of Kennedy is that supposedly abortion is one exception to being otherwise Catholic in his positions, and this is also untrue.

Let’s start with those “other issues” we so often hear about in Catholics defending their support for the Democratic Party. I’ve addressed these many times, of course, but apparently people just can’t comprehend the truth.

Does the Church give a “preferential option for the poor?” Yes. Does the Church emphasize the “common good”? Yes. But the Church also gives a wide range of options on how to apply those teachings, and emphasizes that Catholics must show a certain charity to one another where economics is concerned precisely because this is a matter of prudential judgement. However, when numerous Popes, from Leo XIII to John Paul II, have explicitly condemned socialism as such, and when Catholic teaching clearly emphasizes subsidiarity, I fail to see how anyone can seriously claim the Democratic positions are perfectly in line with Church teaching. Look at the list of ideologies Leo XIII condemned as “Americanism,” and you will see the positions that “Catholic Democrats” in America have held since the 19th Century. Explain to me how that’s “Catholic teaching.”

Then there’s abortion. To hear Kennedy’s defenders, including Cardinal O’Malley, reducing abortion to “just one issue,” Bernardin-style, makes me sick. It also goes against the teaching of John Paul II in _Evangelium Vitae_, who said that abortion should be the #1 priority of voting Catholics. That attitude expresses an inherently dismissive attitude to the pre-eminent moral crisis of our day, as does the notion that condemning abortion is “just about politics.”

But even so, even if somehow we can contort the Social Justice encyclicals to support the kind of Socialism the Kennedy family supported, and even if we can reduce abortion to one concern among many, Ted Kennedy had three other major black marks, as well.

Kennedy was very publicly divorced and remarried, for one, and thus it’s no wonder he once condemned St. Thomas More for being “intolerant.” When the public divorces of people like Ted Kennedy and John Kerry are brought up, liberals like to respond that annulments are supposedly a “private” process. Well, no, the whole point of an annulment process is to ensure that there’s no scandal in a remarriage, and if a Catholic is publicly divorced and remarried, that Catholic needs to publicly announce an annulment, as was done with numerous monarchs throughout history. Otherwise, it’s just “wink, wink, nudge, nudge,” sending the message to the public that Jesus Christ’s condemnation of divorce is an outmoded rule that can be ignored.

Speaking of Catholic teachings that are morally vital to society but largely ignored, Kennedy was personally responsible for ensuring that contraception remained legal in the US by single-handedly derailing the Bork Supreme Court nomination, and *precisely* on Bork’s position that _Griswold v. Connecticut_ was bad law.

Did Kennedy ever publicly repent of these public offenses against Church teaching? If not, he shouldn’t have been publicly honored as a “Catholic” public official.

Yet if people point out these basic principles of Catholic ethics, we’re labelled angry RadTrads, and ignored.

On top of that, as far as Cardinal O’Malley goes, there’s the issue of John Kerry. Ted Kennedy may be dead and buried, but O’Malley has failed in his duty of formally excommunicating John Kerry.