This is a baby 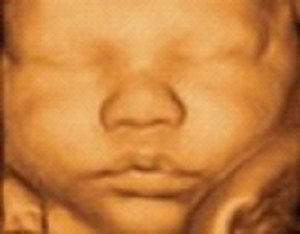 By contrast, this is tissue (loose connective tissue, to be exact):

Can you understand the difference between a “blob of tissue” and an unborn baby?

Posted in humanity of the unborn, Pro-Life

A Tale of Two Priests 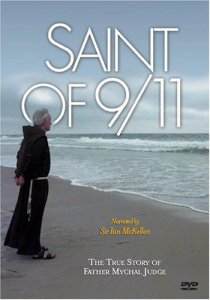 Let’s engage in a hypothetical situation:
Imagine that, on Sept. 11, 2001, terrorists had flown planes into the Sears Tower in Chicago, Ill. A downtown Chicago priest, Fr. Michael Pfleger, known for his dissent against Catholic teaching on a range of issues, bravely went into the Sears Tower to minster to the dying and died when the room he was in collapsed. In spite of his theological “dissent”/heresy, people of all stripes called for Pfleger’s canonization and promotion as a “fine priest.” The Old Catholic Church canonized Pfleger a saint. Liberal Catholics pointed to Pfleger as an example of why the Church’s teachings are “wrong,” and prayed to him as the patron saint of “dissent” in the Church.

Seven years later, a priest in New York City, Fr. Mychal Judge, OFM, also known for his dissent on sexual morality and his support for radical left wing politics, actively campaigned for Barack Obama and appeared regularly with the Rev. Al Sharpton to promote Obama. Catholics around the country called for his laicization and excommunication.

The “Orthodox Church in America” (a schism of a schism that practices either the Book of Common Prayer or the Tridentine Mass in English; how many schisms away from the Church does it take before Sacraments start becoming invalid as well as illicit?) declared Judge a saint. Many liberal Catholic publications said he was *already* a saint, since canonization should, in their belief, be a matter of popular acclaim and not a Vatican investigation, though his own provincial says he was a “complex” person, and advised against attempts to canonize him..

Since Judge was known as a “chaste” homosexual priest, his death and presumed sanctity have been used to condemn the Vatican for its *many* statements that homosexual men should not be ordained to the priesthood, no matter how chastely they live ( indeed, the most recent clarification of that position, written in response to the sex abuse scandal that broke out in late 2001, says that heterosexual men cannot be ordained if they support the homosexualist agenda).

There was another priest in the room with Fr. Judge during his final minutes–a very different priest–Fr. George Rutler. Fr. Rutler left the room seconds before it collapsed. Fr. Rutler, as I’ve mentioned on this blog a few times in the past, wrote one of my favorite articles, “Speaking Well of the Dead” (addressing the deaths of Gianni Versace, Princess Diana, Mother Teresa and a few other celebrities in summer 2007), which criticizes our society’s propensity for instant canonization.

Of course, it’s tough to communicate rationally with people when they’re overwhelmed with emotion, and, even 9 years later, people are still overly emotional about 9/11. There’s no doubt that Fr. Mychal’s final acts were heroically virtuous, but the problem is, when someone *publicly* sins or speaks against the Church, that person needs to *publicly* repent or recant in order to be recognized as a big “S” Saint-an example to be imitated.

The Church is very cautious about such things. Thomas a Kempis, author of _The Imitation of Christ_, may never be canonized because he scratched his coffin. Bishop Fulton Sheen’s canonization is being held up by the fact that he forged his doctorate–unless Fr. Andrew Apostoli, CFR, postulator of his cause, can dig up evidence that Sheen repented of this act, the Church cannot canonize him without endorsing his act. Indeed, he cannot even be declared a Servant of God without that evidence being cleared. Pope John Paul II, aka “the Great,” lived an example of heroic virtue in many ways, but his beatification process is being delayed while the Church investigates his role in certain high-ranking scandals such as that of Fr. Marcel Maciel.

The Church urges prudence in these matters. It is popular to reflexively say, “Judge not lest you be judged,” but that’s exactly the point. To say, “He was as good man” is a judgement just as much as to say, “He was a bad man.” Sainthood is about heroic virtue–not just going above and beyond the call of duty but setting an example that could be elevated. It is not my place to say whether I think he’s in Heaven or not. I tend to err on the side of mercy, but I also realize we shouldn’t commit Pelagianism by suggesting that a person can be saved by works.

It would be better to honor and respect what he did on 9/11 than to say , “He was a fine priest” or to exalt his entire legacy by that final act of virtue.

I also wonder if, when Mother Angelica dies, we’ll see liberal Catholic rags insisting that she should be canonized by popular appeal.

Ray Bradbury, on the death of Teleology

I’ve often complained that the basic problem of the New Atheism, and many of its everyday adherents, is the abandonment of the field of teleology. Ray Bradbury predicted this in _Fahrenheit 451_, where Capt. Beatty, in his history lesson to Montag, discussing a neighbor girl who was “disappeared”, says:

She didn’t want to know how a thing was done, but why. That can be embarrassing. You ask why to a lot of things and you wind up very unhappy indeed, if you keep at it. The poor girl’s better off dead.

Apparently, if the posts by ol’ “Operation CounterStrike” were any indication, ol’ Wittgenstein would’ve been happy in the world of _Fahrenheit 451_.

“What is your opinion? A man had two sons. He came to the first and said, ‘Son, go out and work in the vineyard today.’ He said in reply, ‘I will not,’ but afterwards he changed his mind and went. The man came to the other son and gave the same order. He said in reply, ‘Yes, sir,’ but did not go. Which of the two did his father’s will?” They answered, “The first.” Jesus said to them, “Amen, I say to you, tax collectors and prostitutes are entering the kingdom of God before you” (Mt 21:28-31).

The character of “Swiper” on Dora the Explorer illustrates this position. You see, Swiper the Fox is Dora’s main adversary. In each episode, Swiper makes some attempt at stealing the episode’s MacGuffin. Dora asks the viewers to yell “Swiper, no swiping!” If they successfully say it three times before he reaches her, Swiper snaps his fingers and says, “Oh, man!” and leaves.

Sometimes, Swiper sneaks up on Dora and snatches the object before she knows, or he gets there before Dora finishes saying “No swiping” three times. THen he’ll say, “You’re too late!” He grabs the item, and throws it off screen. Then Dora and the viewer have to find where Swiper hides the object.

Some more recent episodes have had Swiper even taking on a bit of a good guy role, helping Dora if her quest is sympathetic to him.

I have always pointed out to my kids that Swiper isn’t as bad a guy as they think, since he actually does what he’s told. Indeed, I proposed the other day that Swiper’s better behaved than *they* are.

Now, contrast Swiper to Dora, who runs around the rainforest without any adult supervision.