How did anyone survive?

A blogger at CNN wonders how anyone survived the plane crash that killed disgraced former Senator Ted Stevens (R-AK).  Well, one of the survivors was the stepfather of my brother in law’s best friend.  Several of the passengers were Catholic, and they said three rosaries between the time the plane started to malfunction and their rescue.

In addition to the crash itself, the plane, following the crash, was surrounded by a lake of leaked fuel, yet the fuel never ignited, or they’d have been dead.

A thirteen year old boy, whose father died in the crash, managed to unbuckle himself, help pull the others to safety, and console his own father who was dying, all with a broken leg.  It was that young boy who led the others in the Rosary.

Fr. Groeschel’s visit to town has me thinking of my “EWTN Groupie” photo collection. Unfortunately, I haven’t scanned many of those pictures into the computer yet, and I don’t know where the album is. But we have a whole bunch of pictures from visiting Birmingham on our honeymoon (including great pics with Marcus Grodi and a distant, partially covered shot of Mother Angelica), as well as photos from when we met Fr. Jacques Daley, OSB, at St. Vincent’s Archabbey in Latrobe, and a few other “EWTN celebrities” we’ve met. I think we have a picture of Christendom’s Dr. Timothy O’Donnell somewhere: attended daily Mass at Christendom once and met him.

Here’s me with Marcus Grodi and Bishop Dermot Molloy.

It’s kind of an “adult” analogue to this one, taken at Disney World in April 1986:

Bishop Robert Morlino of Madison has responded to the act by saying that, yes, his diocese will comply, but employees who exercise that option in their coverage will be counseled, and, if they persist, fired for violating the “morals clause” of their contracts

Why the Double Standard on Boycotts?

Why is it that, when liberals boycott a company, their boycott is a front page story, destined to bring the overall country to its knees?

Yet, when conservatives boycott a company, they are dismissed as fringe fanatics who don’t matter, and the media insist that boycotts never work?

Back in the mid-1990s, ABC raised a lot of controversy when Ellen Degeneres “came out of the closet” both in real life and on her autobiographical sitcom.

At the time, they said, “Homosexuals represent 10% of our population, and that 10 percent is not reflected by network television.”

A couple years later, they announced the coming of _Nothing Sacred_, a show that was (in their perspective) aimed at demographically reflecting Catholicism, and (in their perspective) a positive treatment thereof.  Of course, it was “positive” to a liberal mindset, and positive to the majority of heretics who populate our parishes.  The show depicted a “cool priest” (sadly played by the same guy who was my favorite “Joe” in _Sunset Boulevard_, Kevin Anderson) who told his congregation that abortion and contraception weren’t sins.  In a lot of ways, it was apparently an honest portrayal of a Catholic parish in America: the one, habitless nun of the parish was a liberal political activist, etc.  Yet it portrayed this situation favorably and portrayed orthodoxy unfavorably.

So Catholic League, in conjunction with a bunch of pro-life groups, Catholic organizations and sympathetic religious groups, called for a boycott of ABC and all sponsors.  At the time, the media said it was an insignificant boycott, boycotts didn’t work, etc., yet the show had horrible ratings (probably the only people who watched were the people who actually read _Commonweal_ and those who were watching to nitpick it).  Most advertisers pulled out within weeks, due to both the ratings and the active boycott.  ABC kept it on for months past any other show with its ratings would have lasted, just to spite Catholicism.

Oh, and what did ABC say initially about the boycott?

“We can’t allow programming decisions to be made by what amounts to 10% of the population.”

I’ve had my first Inside Catholic feature story posted today, so I wanted to welcome anyone who’s coming here for the first time having read it! 🙂

I’m also celebrating today because I discovered an e-mail I’d missed from way back in May that verified that Doors in the Air, edited by Anna Slack, and published by Portal Editions, a book on C. S. Lewis’s fiction to which I contributed a chapter back in January 2009, will be published very soon.

So, if you found my piece on IC inspiring, along with browsing my blog, please check out the following:

1. An oldie-but-goody, my paper on a similar theme from the 1998 Seattle C. S. Lewis Institute.

2.  The story of our marriage, from Ave Maria Singles and also at Canticle Magazine

3. My audio CD of daily prayers called Hide Me In Your Wounds: Daily Prayer with the Saints.

4. Our Modest Needs Grant: my handicapped van, with my electric wheelchair stuck inside it, died back in May, and has been sitting at a Chevy Dealership in Lexington, SC, since then.  We’re trying to raise the money for a new engine.  20% of the Modest Needs Grant amount goes to their general fund to help other people in need of small but urgent expenses.

God’s Message to America: A YouTube Presentation (by me) 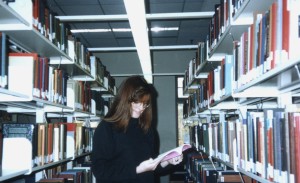 Given the theme of modesty I’ve been on the past few days, it seems like a good time to do a two part series I’ve been planning for a few weeks now.  The second part of the two part series is dependent upon this reasoning, so I’d like to stop for a moment and discuss the concept of attraction.

In my teen years, I realized that there is a difference between beauty and attractiveness; indeed, it is much the same as in the arts: in music, visual arts, and literature, we realize that a work may be objectively beautiful but there is a difference between objective beauty and enjoyment.   I acknowledge the objective beauty, say, of Mozart’s music, but I don’t particularly “enjoy” it–it is not attractive to me.  On the other hand, I both enjoy and acknowledge the artistic greatness of Bach.

Similarly, it is possible–and quite often true–that a man can acknowledge the beauty of a woman without feeling attraction or lust towards her.

I also noticed that there was a more ineffable element to attraction that I used to philosophically distinguish from attraction per se.  It left me quite baffled. It seemed that, from time to time, the girls I thought were pretty but uninteresting would suddenly become hugely attractive to me.   Those on the brains over looks side, as well.  Further, from time to time, those to whom I felt attraction in both respects were suddenly extremely attractive.

This awareness is one of the reasons I never dated: I was confused about what it meant to be attracted to someone.

Now, thanks to Natural Family Planning/fertility awareness, I know what it was: a woman is naturally more attractive to men when she’s fertile, and she’s also more attracted *to* men.  Thus, in my cluelessness about body language and social cues, all those times I wondered if a girl was actually flirting with me, may very well have been so–even if it was unintentional on her part, as well.

Since I have come to this understanding, I have long maintained that a lot of our problems would be simplified if we taught fertility awareness to everyone.  Why do so many “one night stands” result in “surprise pregnancies”?  Because a woman is more willing to give herself away when she’s fertile.  Do teenagers have to be slaves to their hormones?  No, especially if we acknowledge that we have them and do our best to keep them apart.  Most adultery occurs between close friends or co-workers–why?   Probably because the man and woman are in close quarters at a time when she’s fertile and confuse natural hormones with “falling in love.”  If you just acknowledge that’s what’s going on, it’s very easy to put it out of your mind and move on.

On the other hand, the concept of being “bored in one’s marriage” or “falling out of love” comes from a combination of not working at it and relying too much on that feeling.  It is easy to see why, if a man’s love for his wife is based upon that monthly thrill, he might be singing “Trying to Get the Feeling” when his wife nears menopause.

One of the great frustrations of NFP, for those who really understand it, is that abstinence occurs when it is most undesirable, and the times of non abstinence are often when both parties are feeling least interested.  Yet it also challenges the couple to remember that love is a choice.

So, again, fertility awareness can do a great deal towards helping people overcome various temptations and misconceptions.